So, I may not look like it, but I can be pretty introspective. Things may only ever seem to hit the surface with me, but I really do think alot about deep things.

Where do I start?

Well, Sarah & I have been trying to get pregnant for 2 & 1/2 years. It’s been a long road, and we even went so far as to going to get fertility treatments. Finally – after about 4-5 months with fertility treatments, we got pregnant. We were so excited! We were finally going to be parents. We didn’t have any idea that anything would go wrong.

And then, in the middle of the night- about 8 weeks into the pregnancy, Sarah started having horrible contractions. And that’s when our world shattered. Everything that we’d been hoping and praying for….gone. We lost our precious baby.

We were both heartbroken. It was more than what we could handle. We both fell into a depression. I had to do something. I wanted to feel some physical pain to match that which was in my heart. So, I know it may sound stupid, but I got a tattoo so that I wouldn’t forget. We named our baby Samuel. (1 Samuel 1: 22-28) This baby was from God, and we wanted him to be God’s.

Sarah's handwriting of our baby's name

Sarah and I didn’t know what to do. We had a hard time deciding whether or not to start actively trying to get pregnant again. We didn’t want to go through this heartbreak again, and never wanted anyone to feel this pain. Soon after, though, we didn’t have to decide.

We found out we were pregnant again! How awesome. God was so true to his word. He, once again, gave us the desires of our hearts. We were so excited for this.

Then, on November 24 (The day before Thanksgiving), we went in for a scheduled doctors appointment. We were to have a sonogram to measure the baby, and (hopefully) find out what “it” was. But the news we got was terrifying. Sarah’s cervix was “funneling”. This means that it was opening from the baby’s side outward, and that we may lose the baby. So Sarah was put on bedrest.

We made it though Thanksgiving (with 22 guests at our house) – I made most of the Thanksgiving meal. I had a great coach from the livingroom, though. (Who would’a thought you could make a pecan pie just by having someone read you the directions?). And we had another appointment the next week.

Since Sarah was on bedrest, and I was at work ALOT, her sister came to help out. She made food, did laundry, cleaned, and made my life a whole lot easier (Thanks Christi- Love ya!). She even came to the sonogram with us. I’m glad she did.

We found out that Sarah’s cervix was opening even more, and that we needed to perform a cerclage (stitching the cervix shut), to prevent losing our precious baby. Sarah’s sister was the moral support we needed, and the prayer warrior to keep us from falling apart again.

So we went to the hospital the next day (Dec 2), and had the cerclage put in. We stayed the night in the hospital, and they monitored Sarah, and the baby, too. All went well, and seems to be up to this point. However, we’re not yet all in the clear. I do worry about my baby, and my wife, too.

But today, I was listening to some music on my iPod, and “randomly”, the song Beautiful by MercyMe started playing. I was listening, and then was almost brought to tears. I’ve been struggling with the though of “Why would God take our first baby, and come so close to taking this one?”. I got an answer. He’s not trying to. He doesn’t want us to feel this pain – that’s why He did.

“Before you ever took a breath
Long before the world began
Of all the wonders He possessed
There was one more precious
Of all the earth and skies above
You’re the one He madly loves
Enough to die! “

He has never wanted us to suffer. I guess what I need to do is just trust. I need to trust him to guide our steps. It doesn’t mean I’m not going to fight for our baby like crazy, but it does mean that I’m going to give Him everything that I can to take care of it. 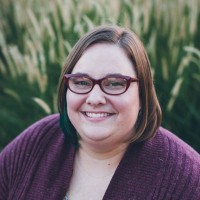 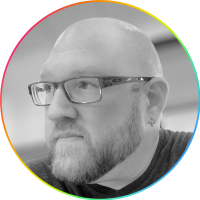